Within the castle walls, Santa Colomba Chapel faces Aosta plane. It was probably built over the ruins belonging to  Roman times.

The structure left today probably goes back to the 11th century. The façade and the apse are still well preserved.

The chapel is currently being restored by the Superintendence for Cultural Activities and Heritage of Aosta Valley Region, the most important intervention being the roofing of the structure.

In the interior there are visible traces of fresco paintings dating back to the 13th century. 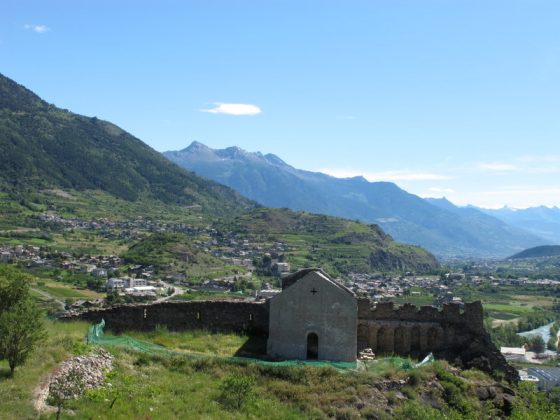