The first mention of the parish appears only in 1176, when Pope Alexander III laid the church of Introd under the patronage of the Bishop of Aosta in the papal bull of April 20th.

Over the centuries the church was restructured and enlarged; the bell tower, whose lower portion is prior to the fourteenth century, has also been restructured several times and raised. 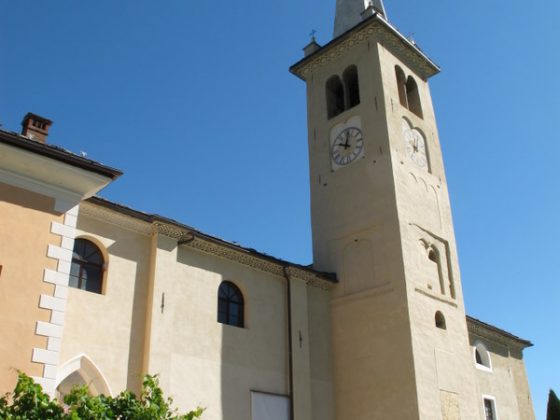