It covers an area of 21,395 hectares, 13,800 of which are included in the Gran Paradiso National Park. Considered the small capital of the Park, Cogne is the largest municipality in Aosta Valley.

The village is surrounded by a stretch of green meadows, called the Sant’Orso meadows (551,131 square metres), protected since 1939 by the regulations for the “Protection of natural resources”.

Set at the foot of the Gran Paradiso, Cogne offers countless natural attractions which extend as far as the eye can see, towards the snowed capped mountains, the pastures and the clear streams. All this makes the village a favourite destination for tourists, both in winter and in summer. 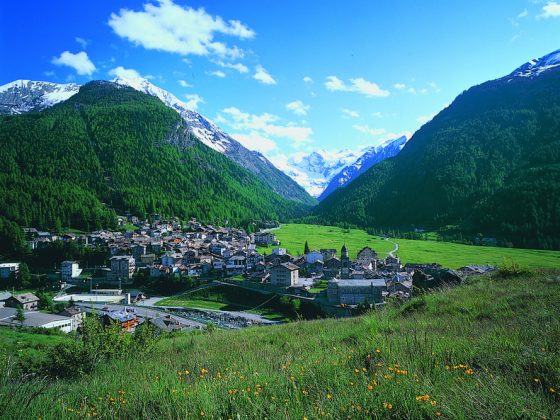