It consists of several buildings of great architectural interest. At the centre of the village you can see various rural buildings made of stone dating back to the fifteenth century, flanked by some barns entirely made of wood.

The large circular columns that dominate the façades of some buildings are the typical architectural component of this area and demonstrate that, in the past,  some wealthy families have lived there.

The village chapel, dedicated to St. Lawrence, has been attested in the documents since the fifteenth century although the present building dates back to 1780.

The village of Les Combes is now famous in the whole world for having been chosen by Pope Jean Paul II  firstly, and by Pope Benedetto XVI later, as a destination for summer holidays since 1989. 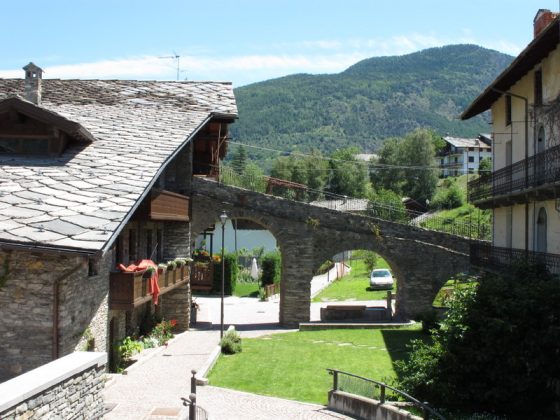