Maison Bruil at Introd is one of the most important examples of rural architecture of Gran Paradiso.

Built in 1683, it is a very old rural dwelling put to a lot of different uses.  All the different areas necessary for the survival of the inhabitants and their animals have been united under one single roof.

Its present form thus derives from  complex architectural modifications which were made between 1683 and 1856, a period over which various outbuildings were joined to the original “pillar structure” to make one single construction.

The guided tour covers three floors showing the typical rooms of the traditional house, all of which have been restored and put to their original use.

The “crotta”, the natural ice-house, the “peillo”, the drying areas, and the lofts are some of the rooms on show to visitors who wish to  learn more about traditional architecture.

The exhibition “Conserver le souvenir …Se souvenir pour conserver” wishes to acquaint people with traditional products and explain how methods of food preservation have developed over the centuries.

The restoration of various parts of the typical house provides an opportunity to find out about traditional eating habits and visitors can learn more through explanations in dialect and role-plays.

In mountain areas such as Introd, where the land is barren for long periods and cannot be cultivated all-year-round, people could only settle after having developed the necessary resources to survive  between one harvest and the next.  They  had to study methods for preserving food using various natural and chemical factors such as: a cold climate, salting,  drying, smoking, storing without air or light. 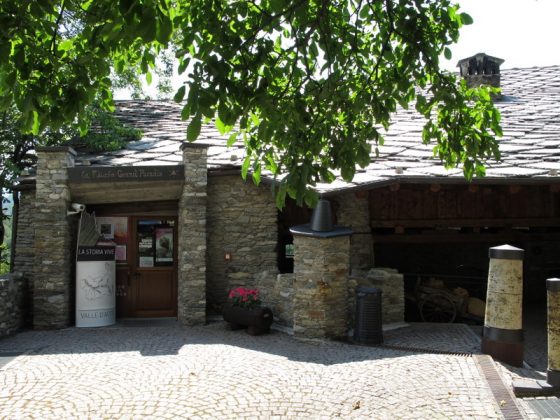