The local council of Introd, under the sponsorship of the Autonomous Region of Aosta Valley, and with the co-operation of the Vatican, has promoted the birth of the House Museum John Paul II.

The Museum has been created as a tribute to the Holy Father, who has honoured for several years the Region with his presence.

The Museum is located in Les Combes, a small village that belongs to Introd municipality, today called “lieu dit du Saint Père”: Pope John Paul II has been there for ten times; also Pope Benedict XVI has planned his holidays there for four years.

The House Museum John Paul II contains an exposition of objects that used to belong to John Paul II, gifts given to him during his pastoral travels, and daily life objects.

The exposition is enriched by numerous pictures taken during the more important moments of his long Pontificate, a philatelist section with all the stamps created in every country he has been to, and an exposition of the coins realized during the 18 years of the Pontificate of John Paul II. 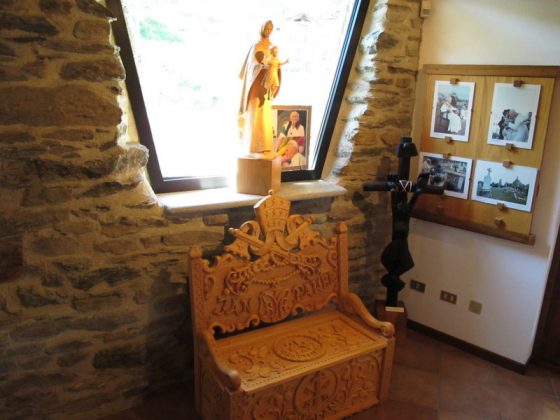