Formerly the “grand pont” was made of wood and the inhabitants of Introd had repeatedly to restore or to replace it.

In 1824, the City Council decided to rebuild it in masonry, but due to the new needs of the hydroelectric power industry it was later abandoned and replaced with the current bridge, known as “lo pont nuo”, 36 metres long, inaugurated in 1916. 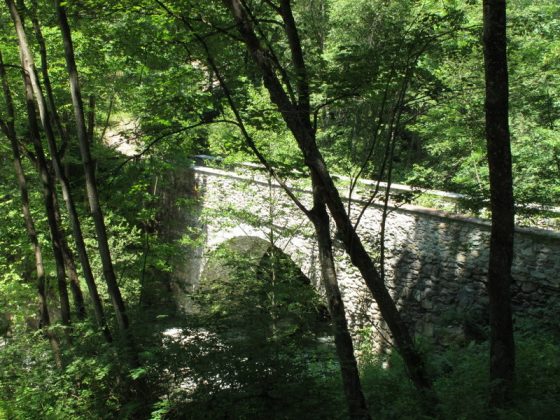